On Saturday, October 5, a call came in from the North Rim ranger station that there was a SAR in the works.  A climber on the 5.11 route Stoned Oven on North Chasm View Wall had taken a leader fall and injured (broken) their ankle after striking a ledge. They and their partner were self-rescuing via rappel down several pitches to the base of the route. The NPS was calling for assistance from their mutual aid teams in the area for what would be a 500m lower-to-raise operation the next morning. Four of us from Ouray Mountain Rescue responded to the call.

We briefed the plan at 0600 on Sunday, October 6. The weather was cool and clear with high pressure forecasted. Rigging commenced just before 0800 and the patient and attendant were topside by 1400. Approximately 24 individuals from the NPS, Black Canyon volunteer SAR, Crested Butte SAR, and Ouray Mountain Rescue participated in the rescue.

The Black Canyon of the Gunnison offers some of the biggest walls in the USA. Climbing and rescue in the Black is a serious endeavor. The big SAR calls in the Black are surprisingly infrequent, but when they come they end up being the ultimate expression of the craft of technical rope rescue. In Europe, they would not even consider such an approach. They would fly in a helicopter.

It was a super proud effort by all involved. The patient and partner were incredibly grateful. It was a privilege to play a part. 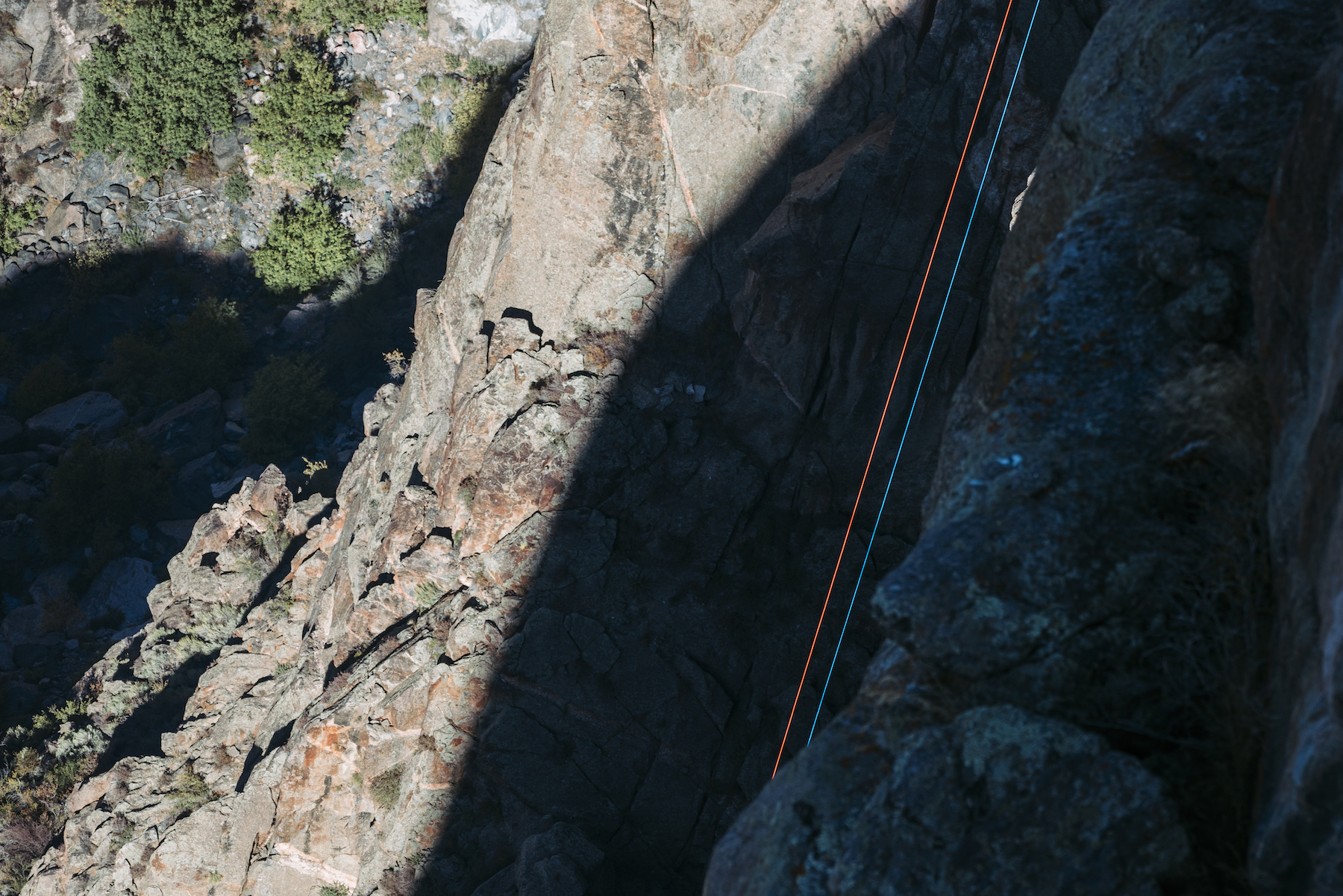 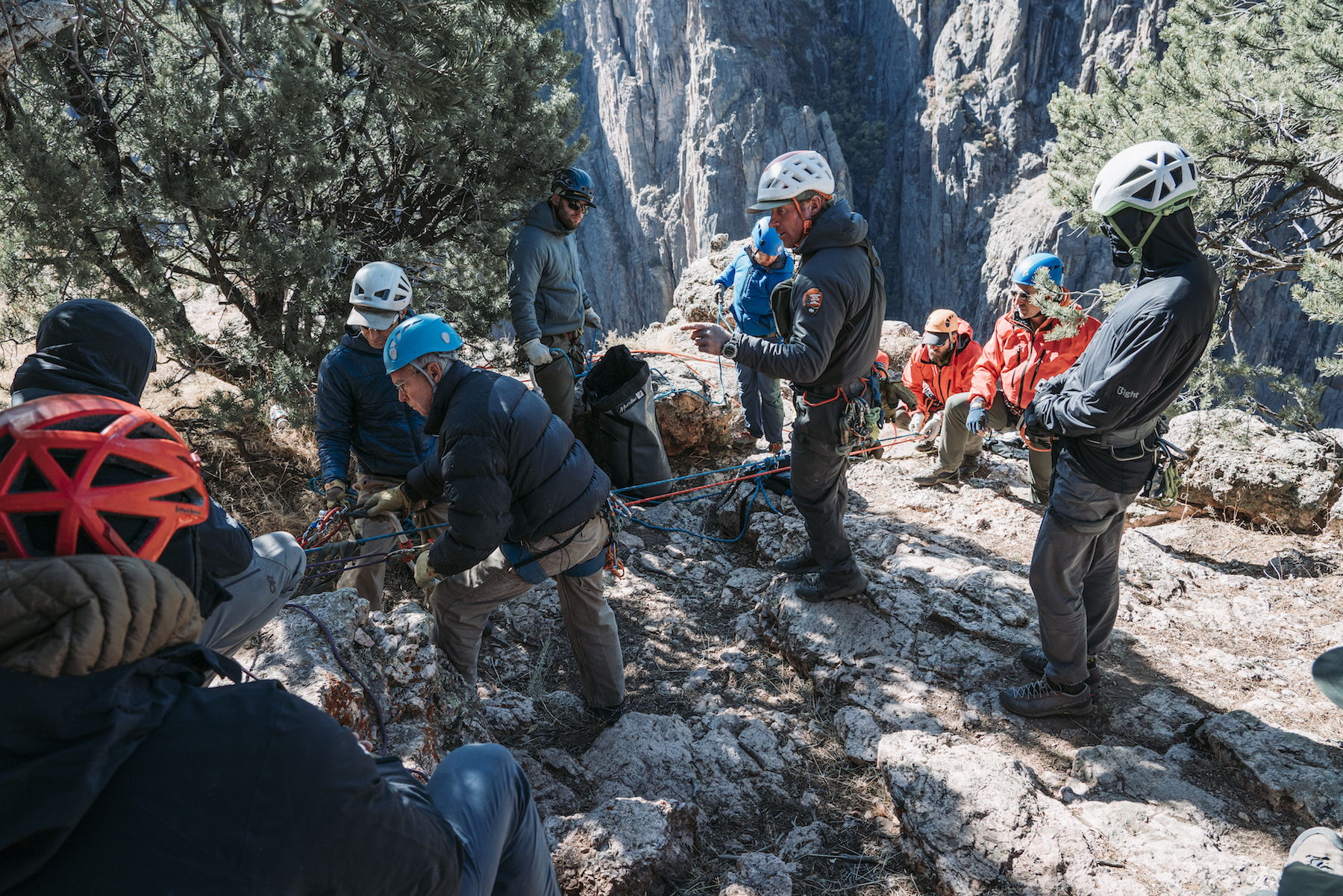 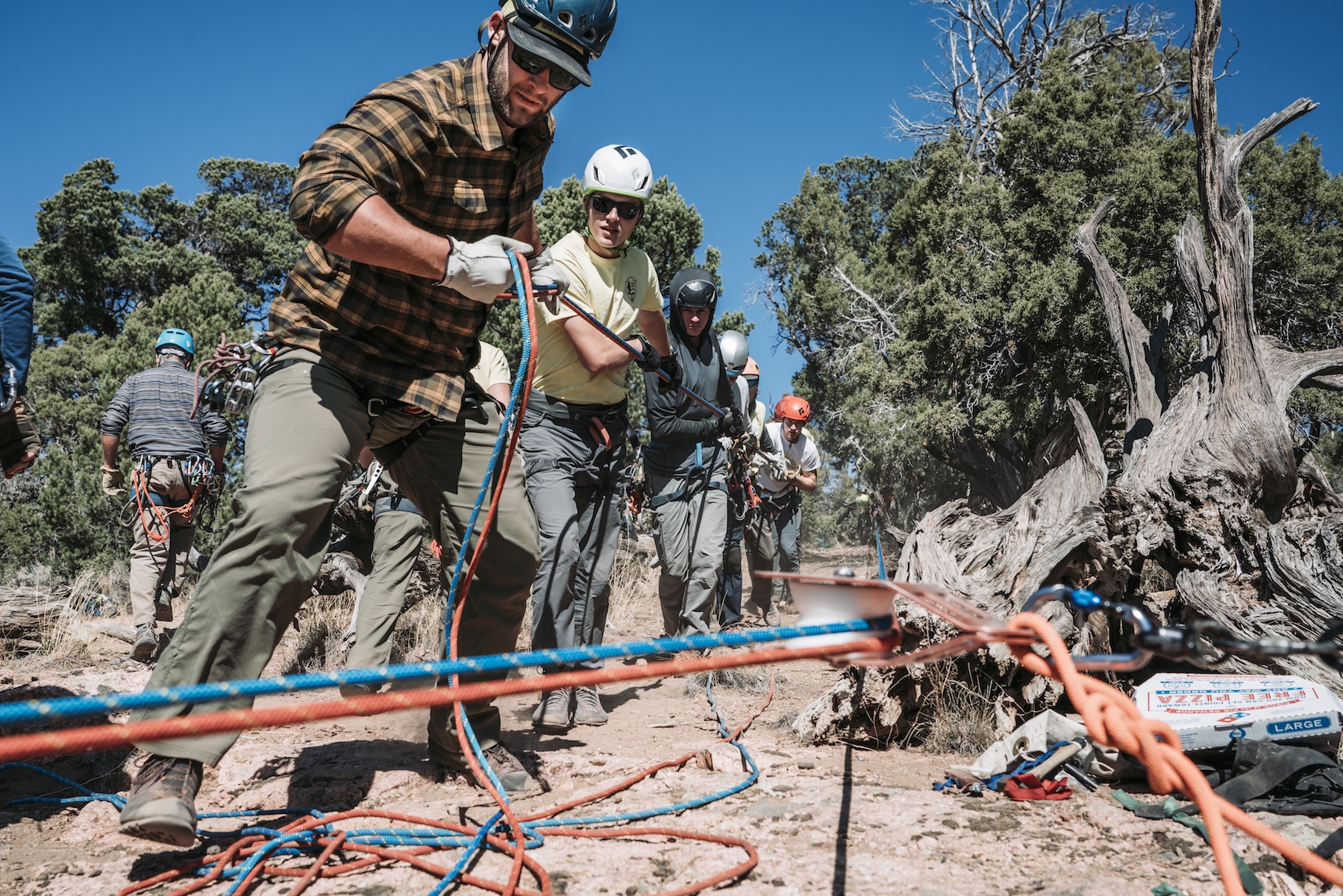 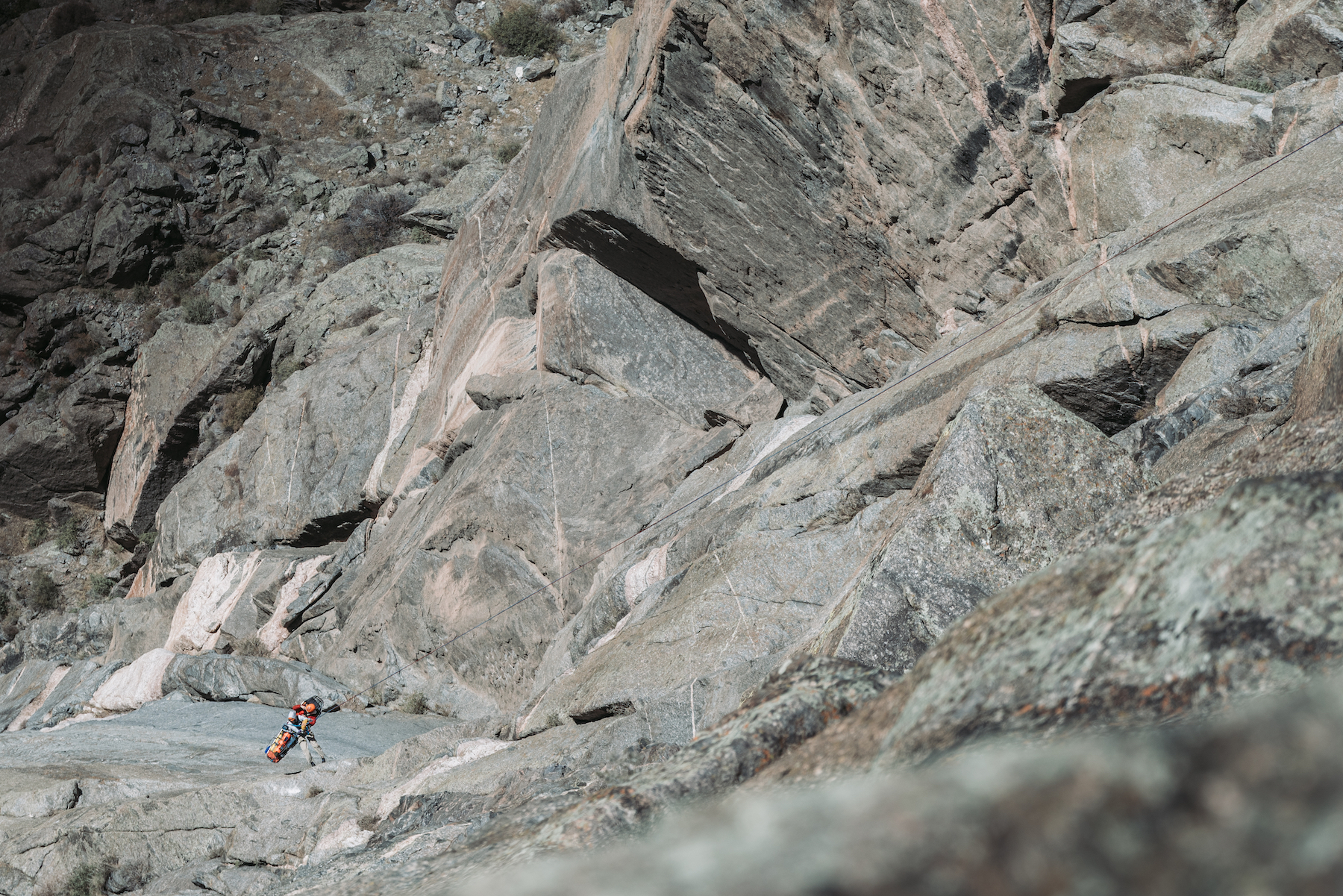 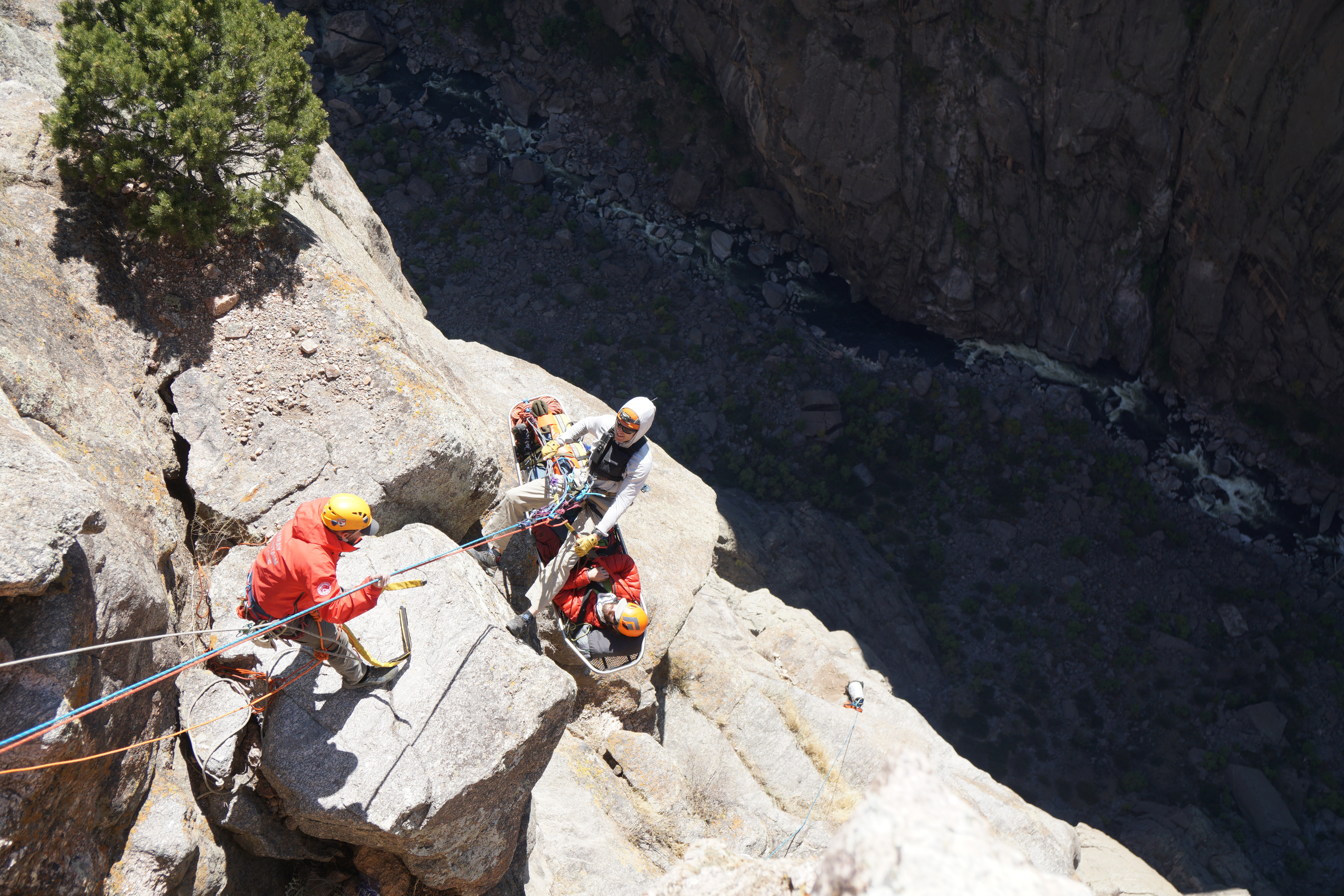 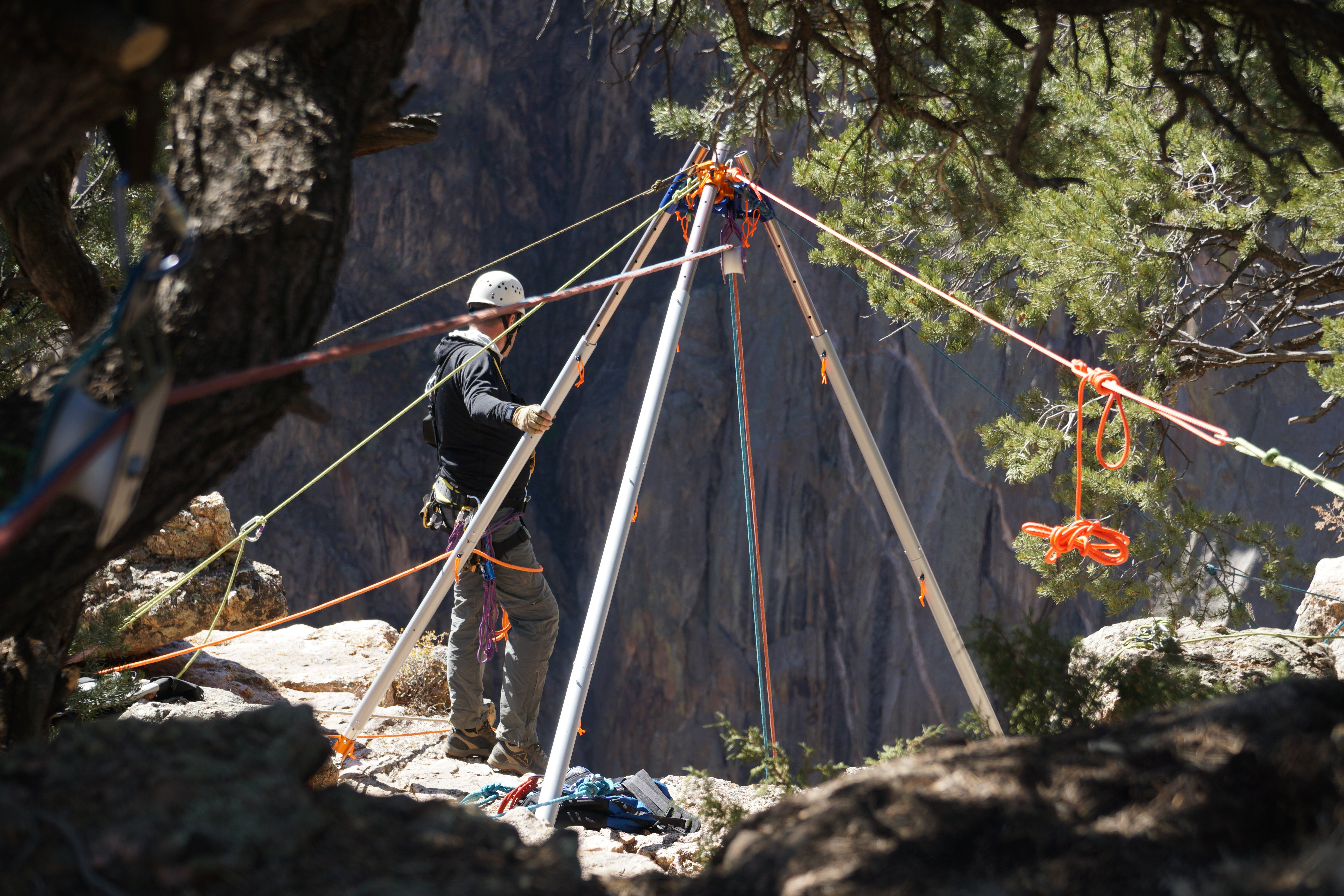