Earlier this spring we had an opportunity to train with our local team – the Ouray Mountain Rescue Team (OMRT). OMRT is responsible for a broad cross-section of technical rescue scenarios that include:

Following some review of the fundamentals, we delved into the nuances of artificial high directional construction and use, climber pickoffs, and upper attendant litter attending technique. OMRT recently settled on the Petzl Maestro as their mechanical rescue device of choice for their front-country rescue response. We spent a good segment of the training focusing on Maestro mastery. Additionally, we also cracked out the 9.5mm rescue ropes for our climber pickoff day and the VT Prusik combined with a climbing DCD (i.e. Reverso or ATC) was the system for both descent control and fall arrest.

Our last exercise was a Deflection Line aerial suspension system for accessing a specific component of the via ferrata course in the Ice Park gorge. One of the components is an angled suspension bridge that we wanted to develop a pre-plan for in the event of a rescue call. The Deflection Line was the right tool for the job. Somewhat similar to a Cross-Haul, it includes four ropes-in-motion. The technique lends itself to an offset in height from one end station to another. A Kootenay Carriage is utilized to pull in or let out in order to focus the Y-axis of the attendant/patient package on a specific pathway in free space. A Deflection Line offers similar control of live load positioning as a reeving variation of a Kootenay Highline System.

Included below is a video of the Deflection Line in action. 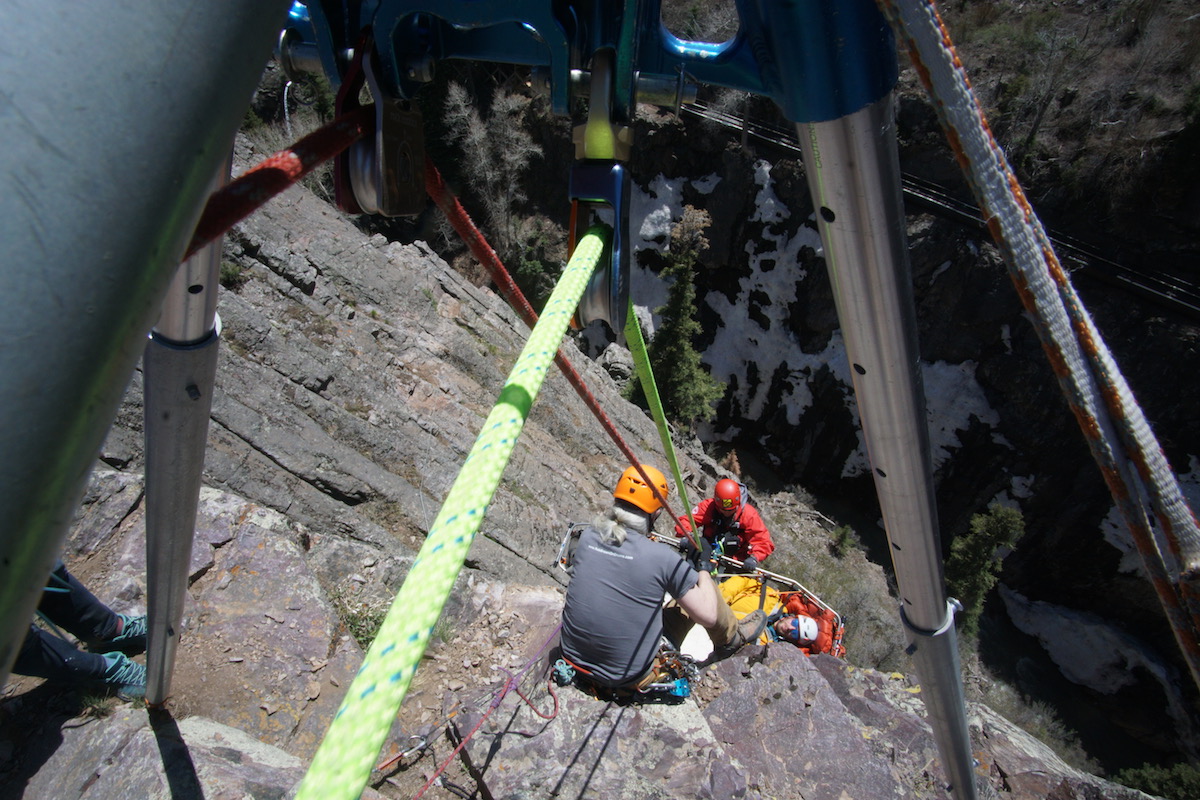 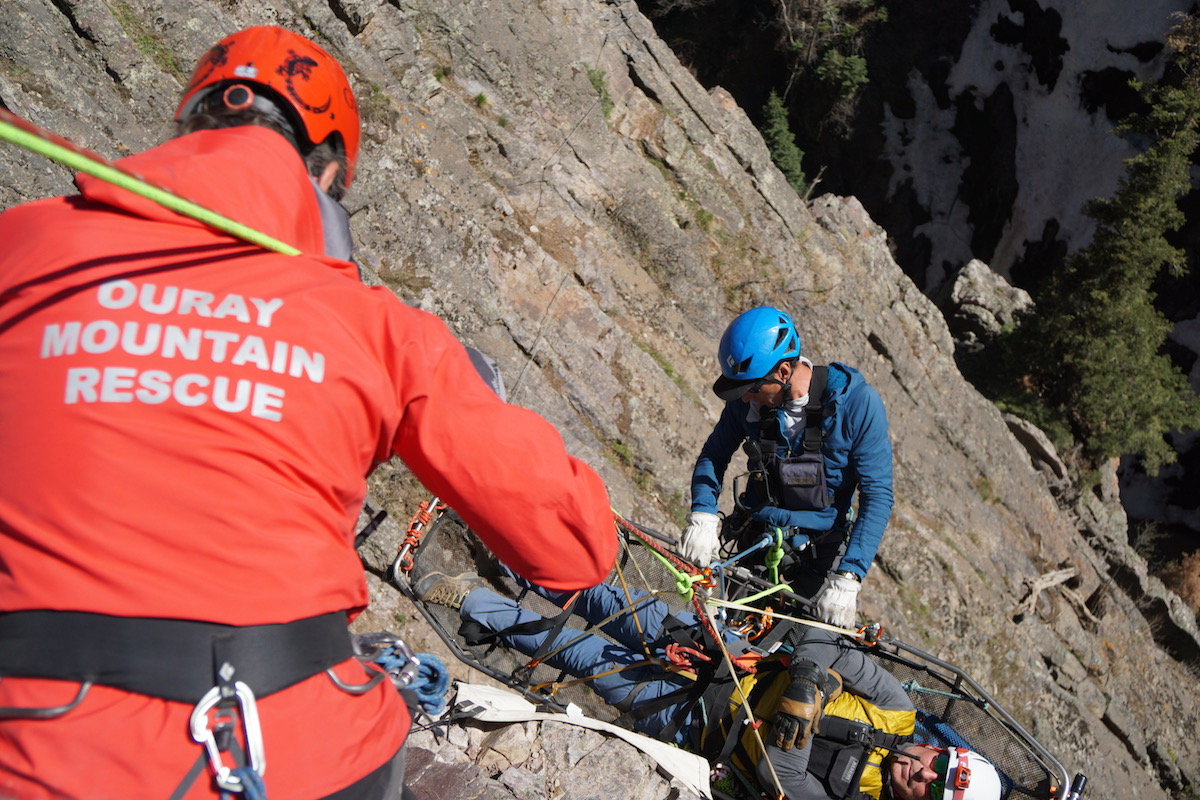 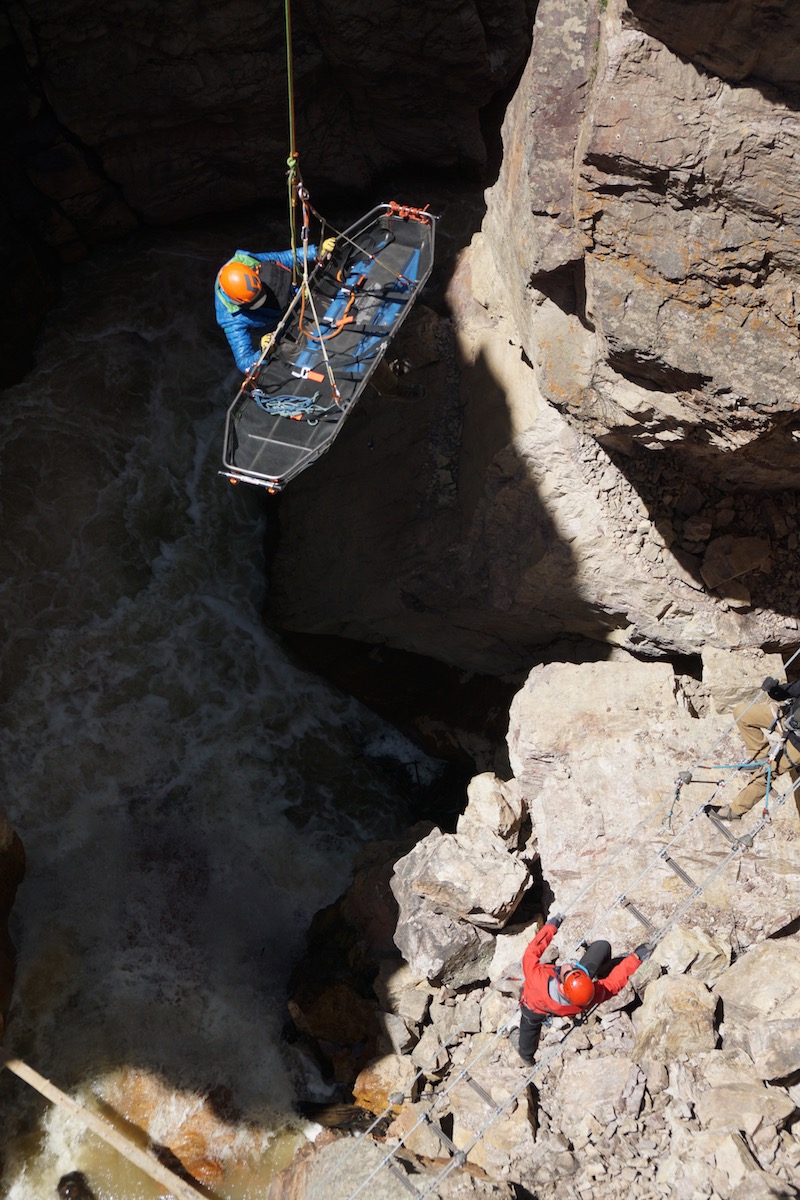 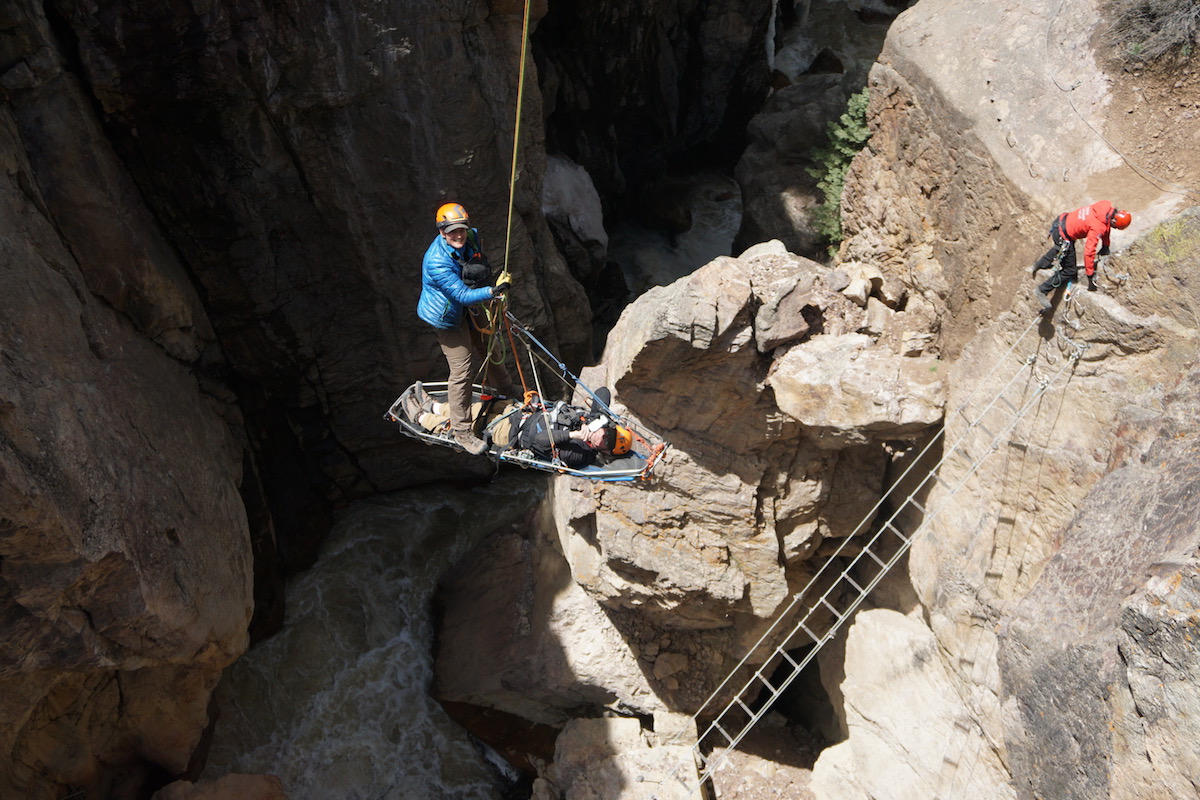 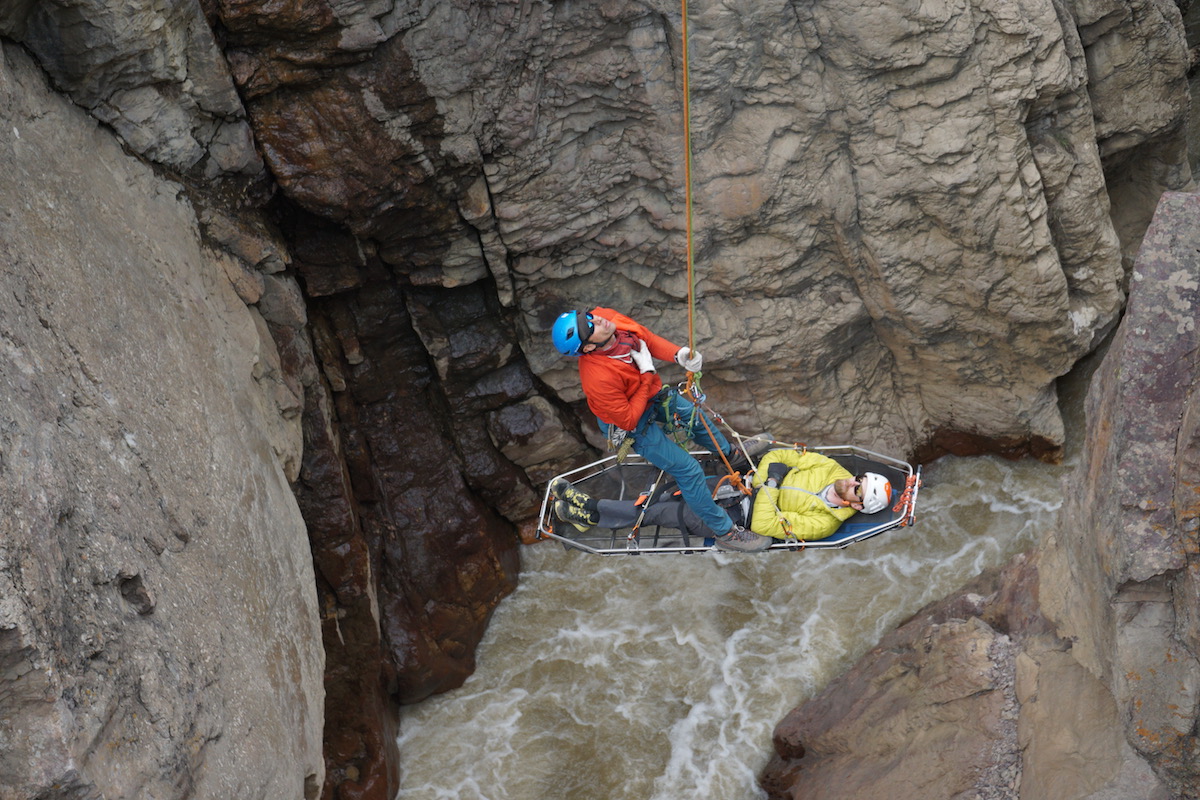