What an outstanding week we just had with the Jenny Lake climbing rangers at Grand Teton National Park!  We have had the great privilege of being the preferred rope rescue training organization for the Jenny Lakers for many years now.  The climbing ranger cadre at Jenny Lake regularly conducts some of the most challenging mountain rescue operations in the country. Traditionally, our annual training has been conducted shortly after the seasonal rangers come on line in May.  Weather is typically mixed that time of the year and access to the high country is limited due to winter snowpack and related logistics. 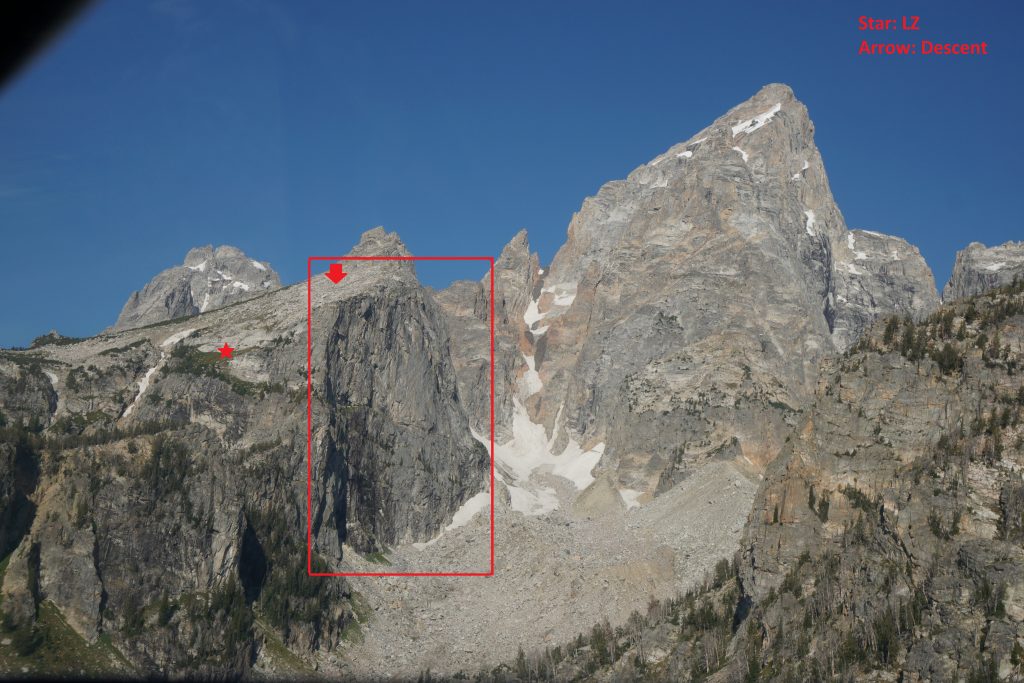 Photo of the training area from the heli

For 2020, the decision was made to schedule the training for late August so that we could utilize the contract helicopter for high country access and take advantage of snow-free terrain on some bigger alpine aspects. Our overriding goal was to create scenarios that would simulate large-scale multi-pitch rope rescue objectives on commonly climbed features like the Grand Teton. 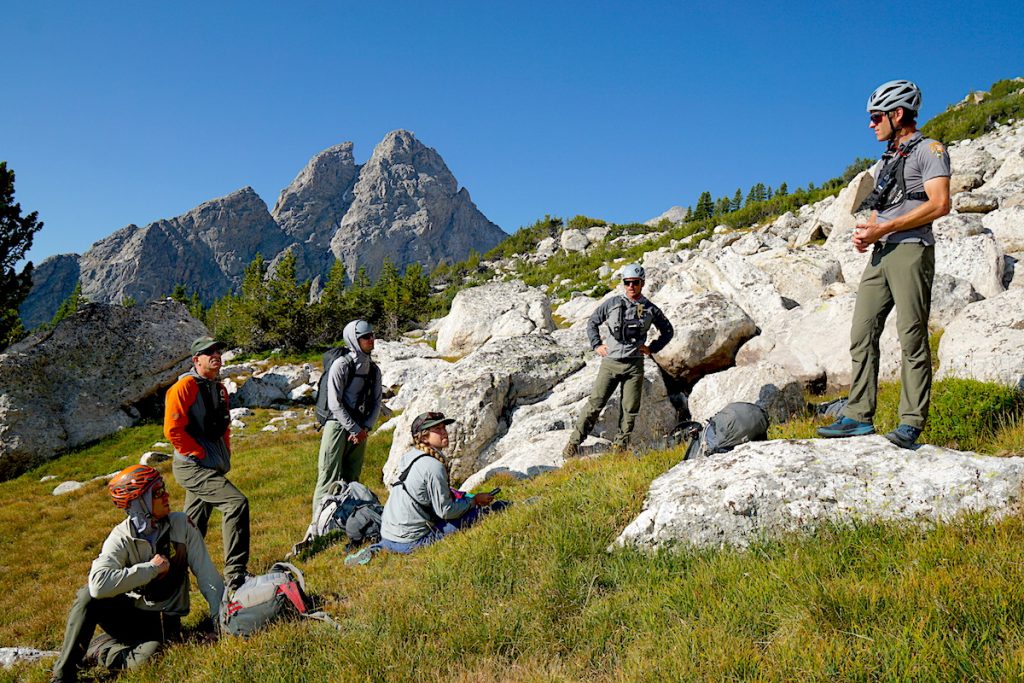 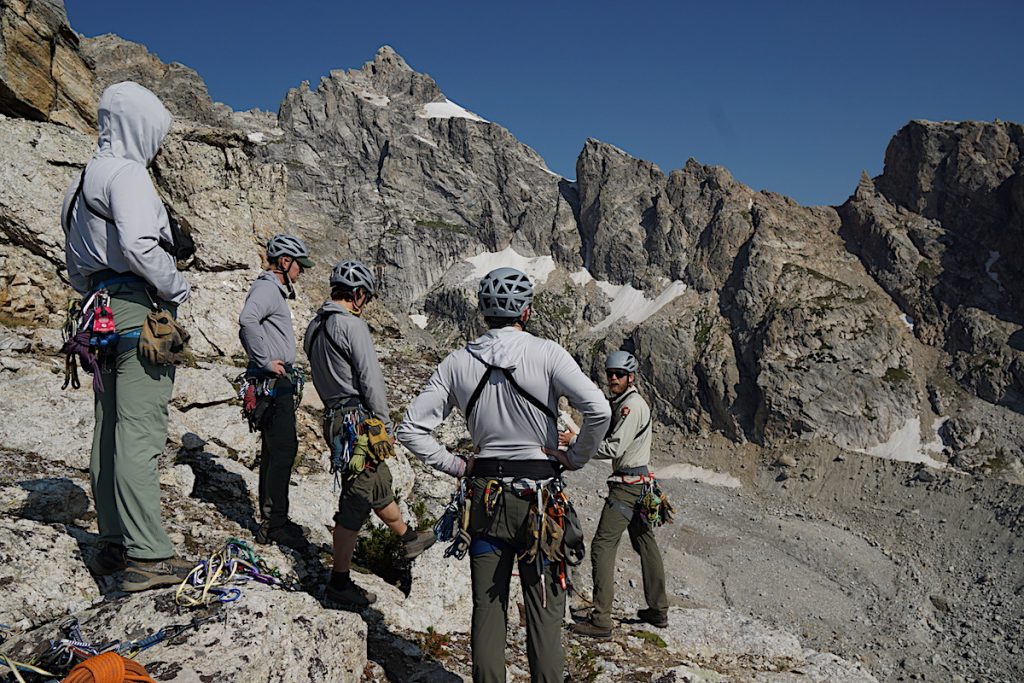 We managed to thread the needle on suitable flying weather and successfully accessed terrain on a feature called Disappointment Peak (DP).  The north face of DP has some existing climbing routes such as the classic Chouinard-Frost.  We chose a line through unchartered ground that had no existing climbing routes and involved navigating some big roofs and ledge systems.  The scenarios were highly realistic and encompassed all of the challenges of technical rope rescue in big alpine terrain.  Multi-pitch lowers, maintaining umbilical connections to upper stations, sending scouts down to survey the terrain prior to lowering the patient package, rock pro anchors, command and control, etc. 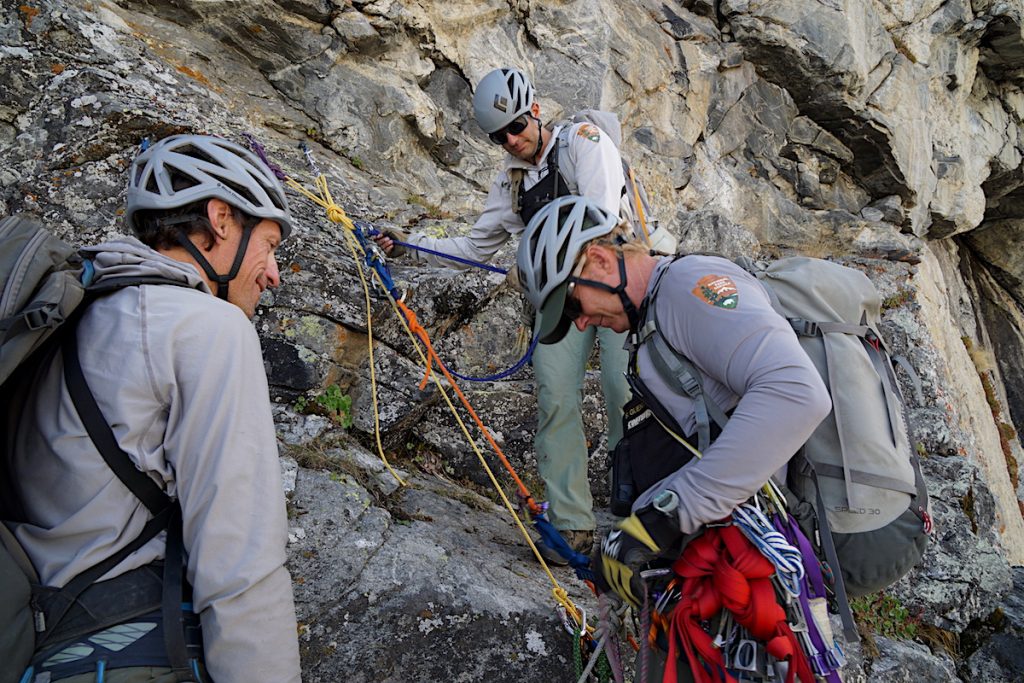 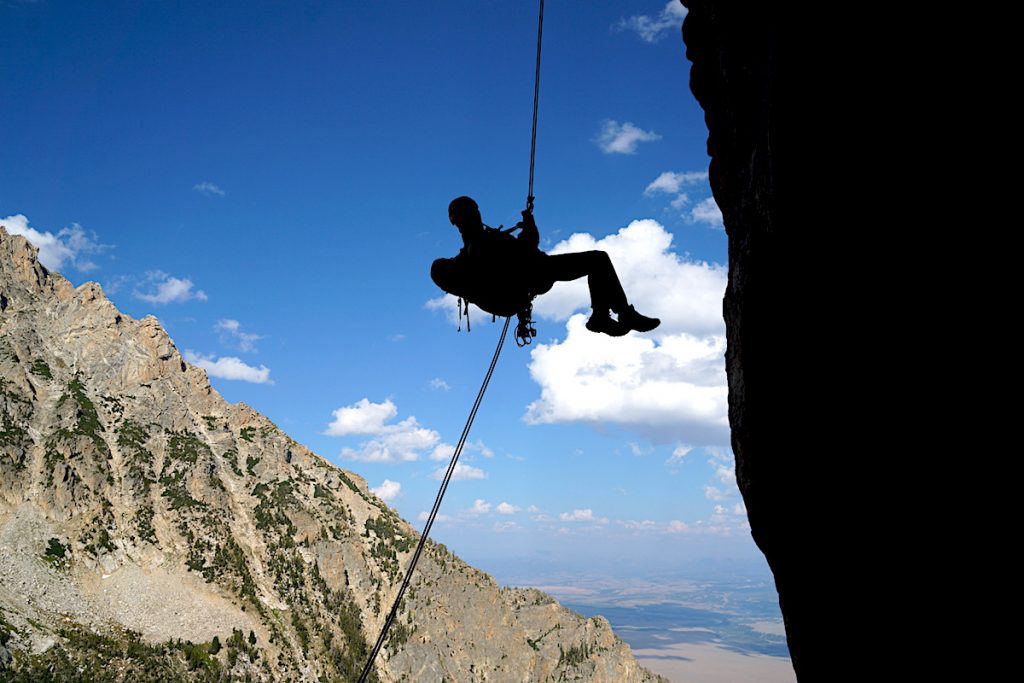 It was a phenomenal week with some of the most capable rescue practitioners in the country.  Thank you Jenny Lake!