Last week we were living right with a welcome high-pressure system in the Tetons and dry rock under foot for the annual Jackson Hole Mountain Patrol (JHMP) training event. JHMP wears many hats for rescue operations on the Jackson Hole resort ski mountain during high summer visitation – bike park, hikers accessing the high country via the tram/gondola, and the via ferrata. The Jackson Hole via ferrata opened in 2018 and RfR has been privileged to be able to work/train the JHMP in rope rescue techniques germane to the via ferrata course every since the grand opening.

The upside of via ferrata rescue is you know where the patient will be located – somewhere on the via ferrata. LOL. Additionally, anchoring options are abundant. The primary challenge is the ground to be covered after the patient is moved off of the geological terrain –lots of low angle scree, talus, and steep forested slopes. So we commonly focus on pickoffs followed by Guiding Line aerial suspension systems. Another great week in the Tetons! Thanks, JHMP! 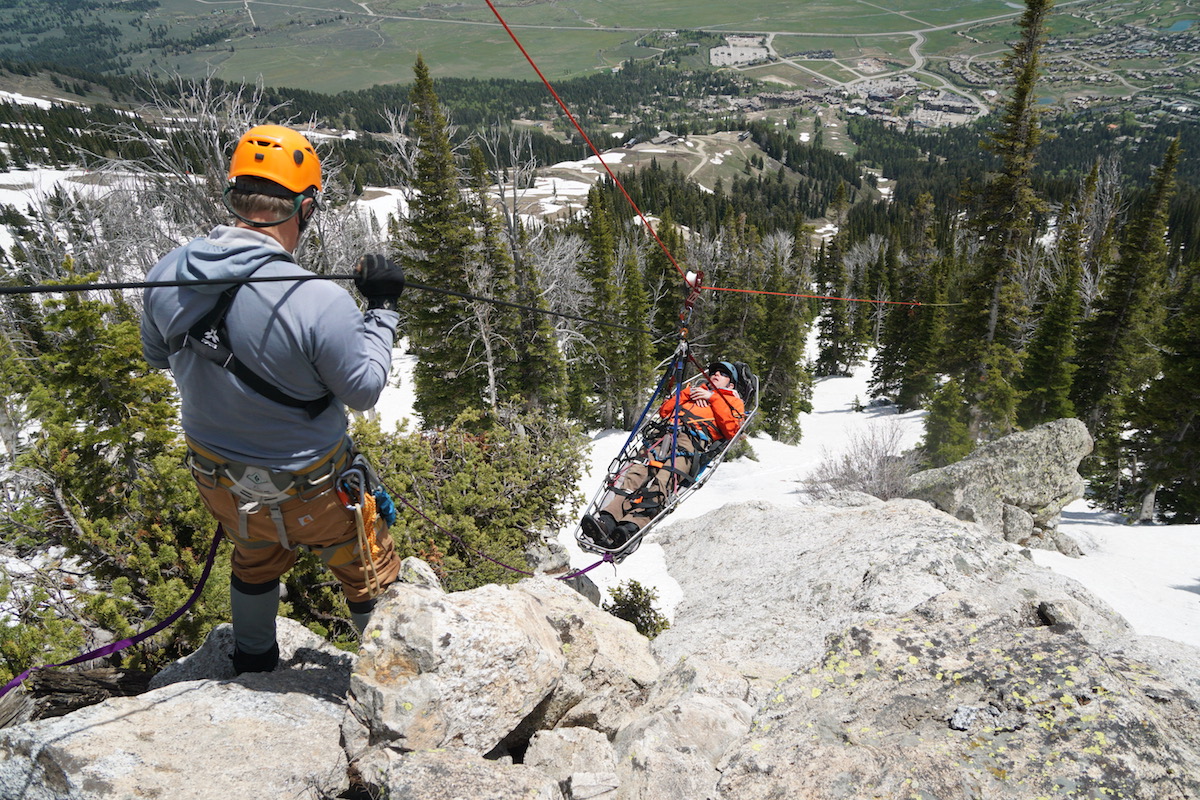 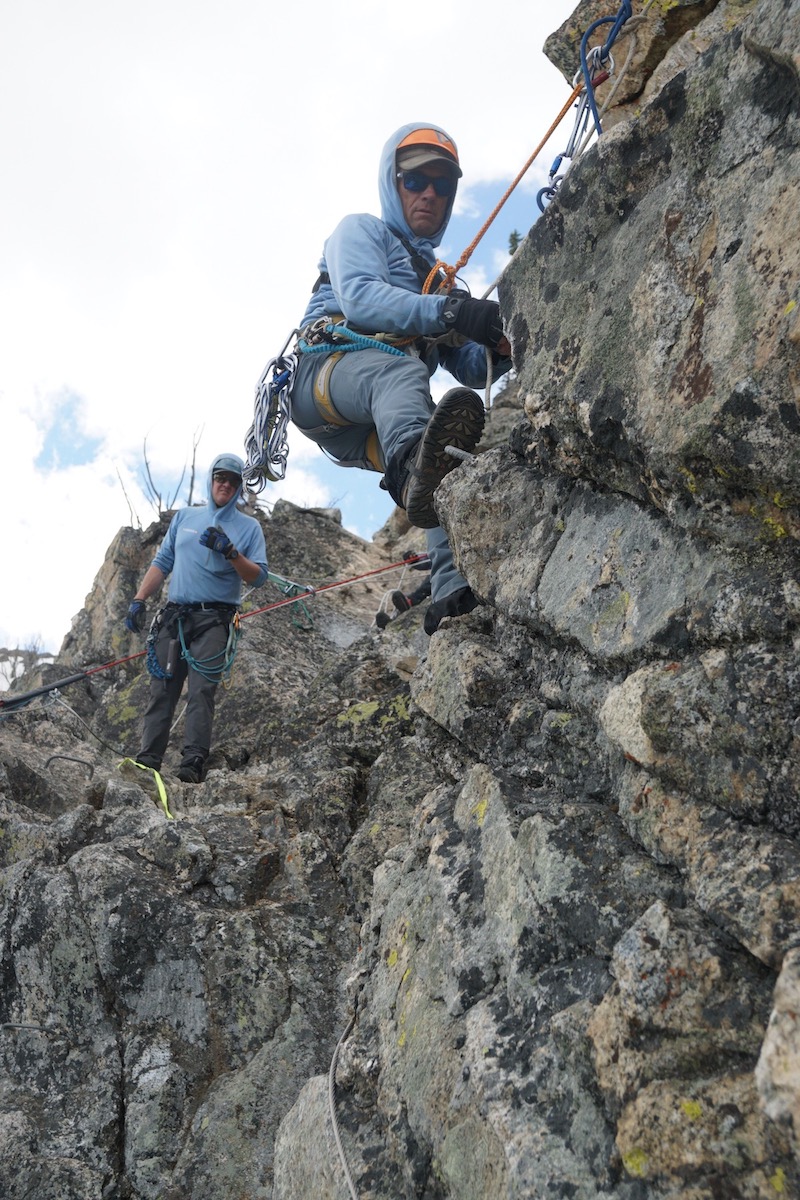 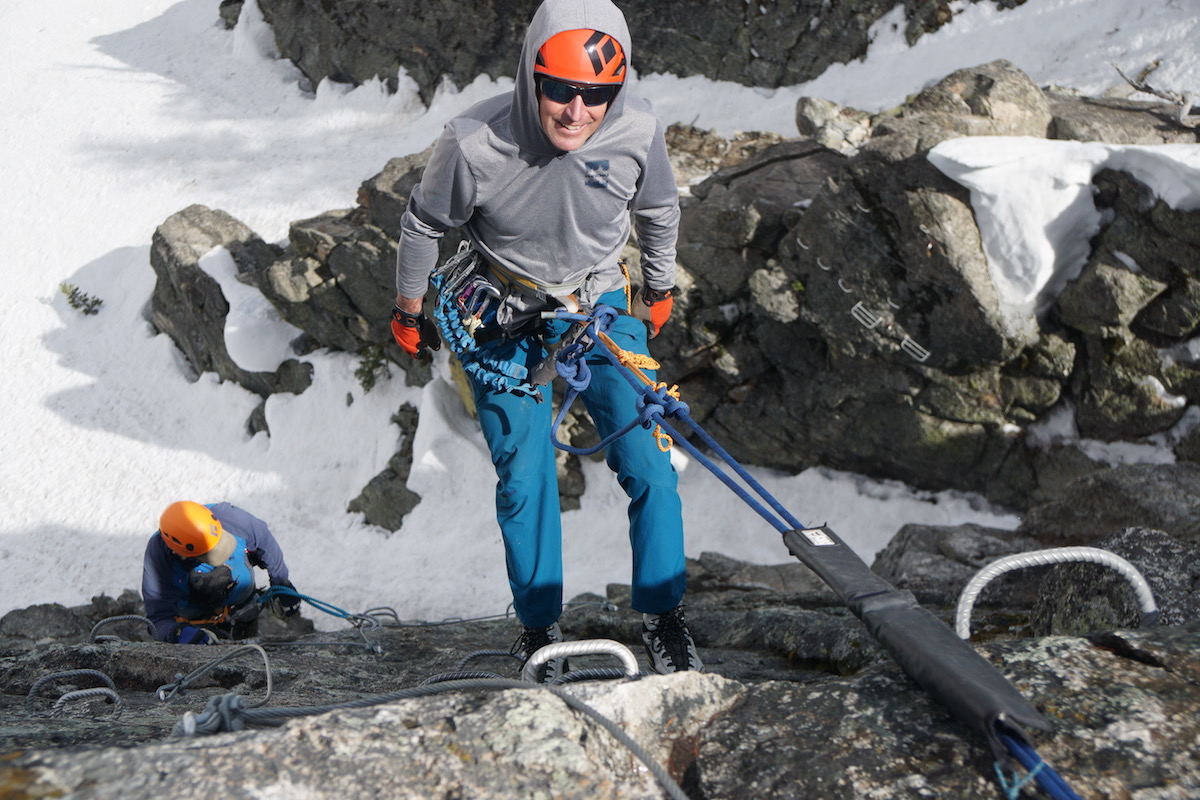 Raising an ambulatory mock patient. The rescuer climbing out the via ferrata 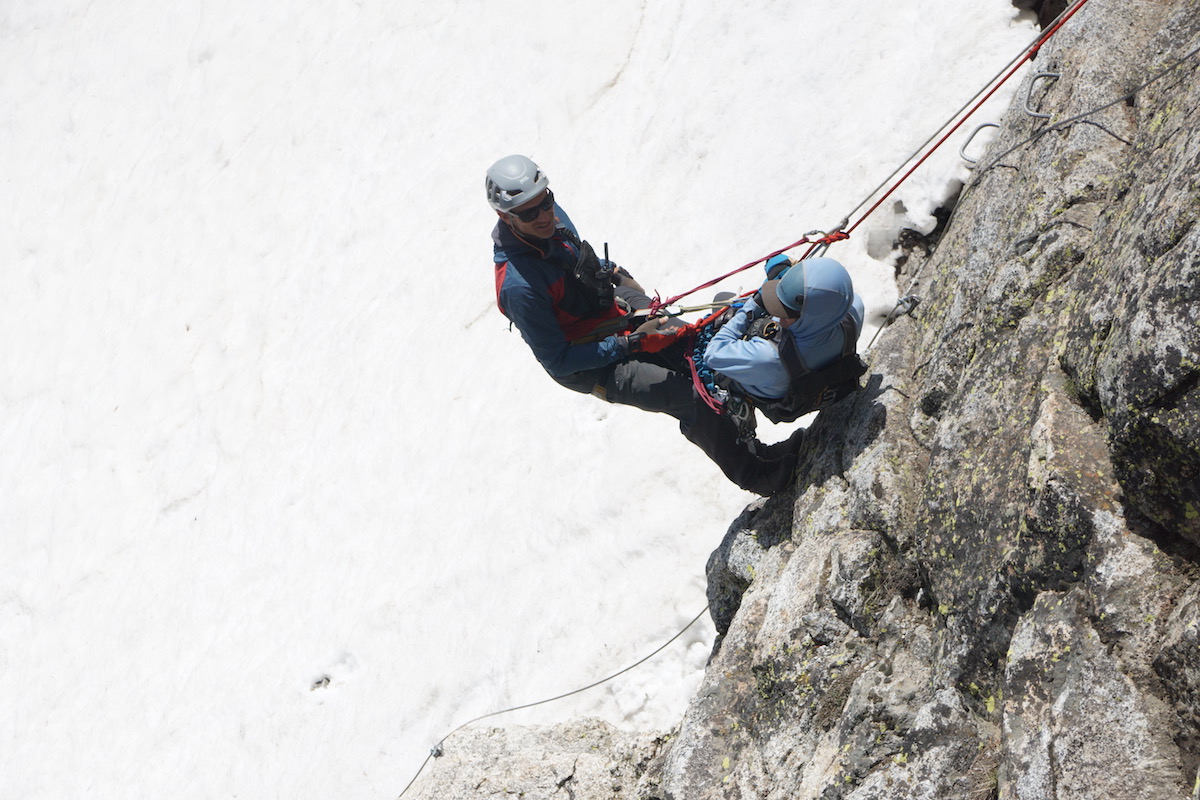 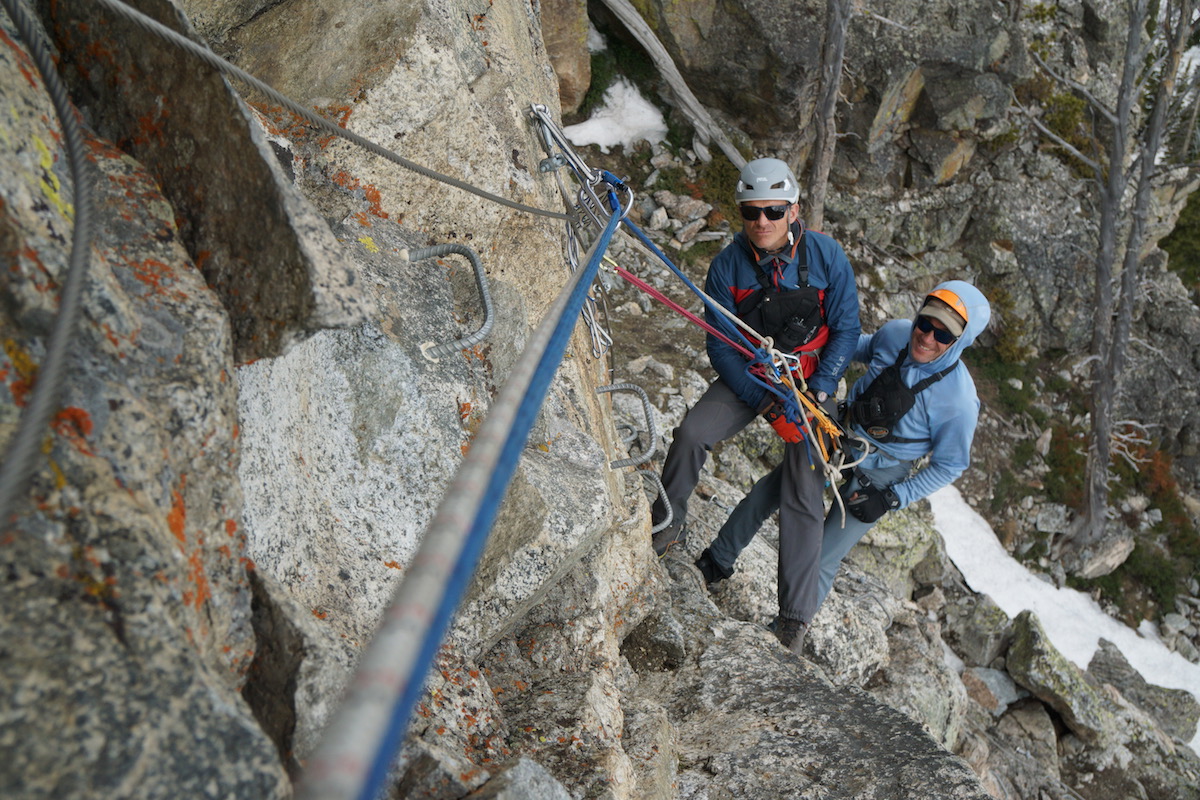