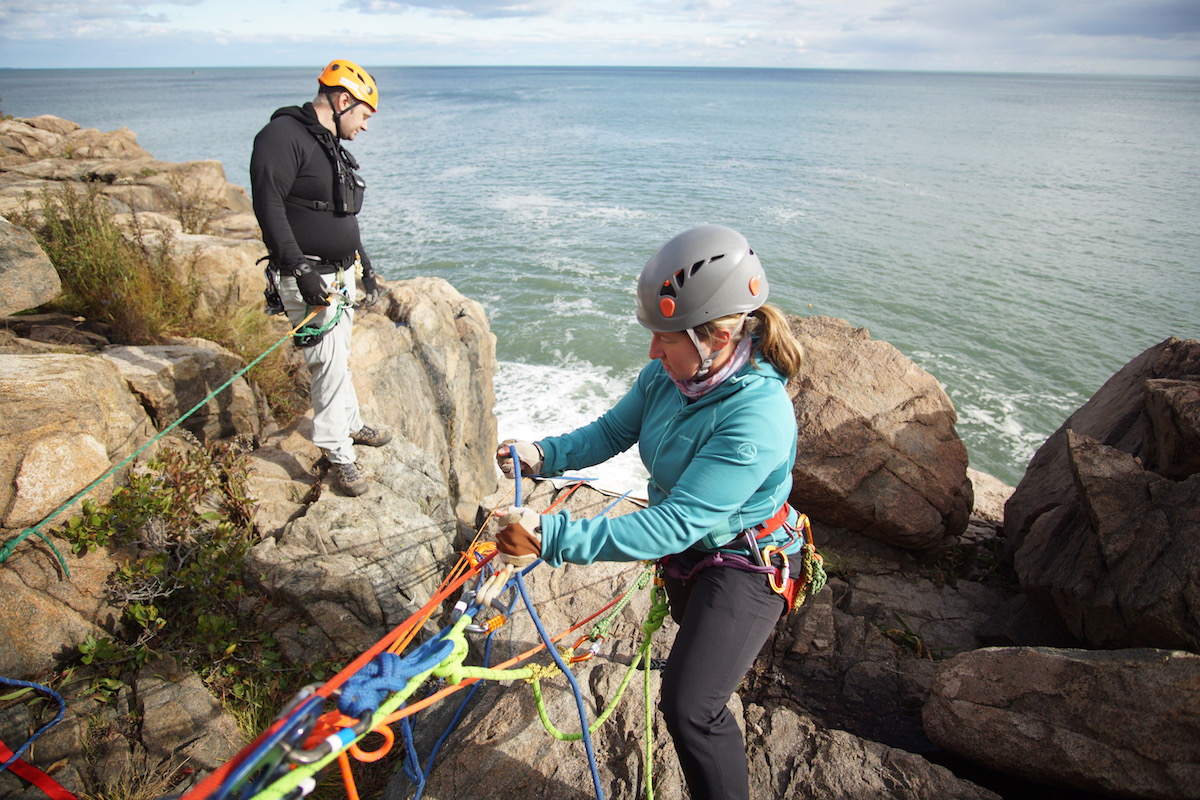 Rope rescue teams typically operate redundant two-rope systems with inclusion of a fail- safe mechanism for fall arrest. Examples include the MPD, 540° Rescue Belay, Petzl I’D, and Tandem Prusiks to name a few. Teams operating in remote environments with longer ingress/egress distances often favor lighter weight, multi-purpose systems and devices as part of their overall mission profile. In 2013, Rigging for Rescue began examining the Bluewater VT Prusik (configured as a Schwabisch ‘Max over One’ hitch) as an alternative to the Tandem Prusik Belay. In 2014, this author presented at ITRS quick look tests considering a variety of Aramid fiber friction hitches and configurations.   Initial results for the VT Prusik were favorable and thus additional testing was warranted. Further testing was conducted in 2017 and 2019. The purpose was to critically examine the capabilities and limitations of the VT Prusik as a device suitable for managing fall arrest on a rope rescue system while lowering or raising a 200kg mass.

Since the 2014 ITRS presentation, three primary areas of inquiry include:

Additionally, tests were conducted with the tensile testing machine on drop test sample ropes and Prusiks.

The human operated tests we conducted produced results that compared favorably to other tests we have either witnessed or been made aware of utilizing Nylon TPB (with human operators).

Mechanical devices with purpose-built fail-safe mechanisms will undoubtedly prove more reliable for fall arrest versus a user-configured system such as Tandem Prusiks or the VT Prusik. However, for teams with specific mission profiles that place a high value on lightweight, multi-purpose equipment, the single VT Prusik configured as a Max over One, appears to be a superior alternative to the traditional Nylon Tandem Prusik Belay.